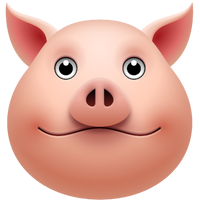 Cheapshot is a mobile multiplayer GPS game available on the Itunes store. Stake your claim on places around town by planting 🌵 prickly cacti. Is a location you want already claimed by another player? You can ask them nicely to let you in or take the area by force.

Cacti produce a small amount of money. And you can upgrade them to 🌻, 🌳 or better cash crops which are stronger and yield more funds.

In Cheapshot, players see each other in real time on the map. Talk to them by holding the 🎙 button. Make new friends or enemies — it’s up to you.

You get 🎖experience for everything you do. Install mods as you level-up and always be on the look out for better ones.

Sometimes war is the only option left. Battle other players that stand in your way, reduce their territories to ash. Just don’t kill their bees — because obviously that’s bad manners.

Community content is available under CC BY-NC-SA 3.0 unless otherwise noted.